With a transport network travelling over 34 million kilometres around New Zealand to deliver food and products to our stores each year, reducing carbon emissions has become one of our most important issues.

So, we're transitioning to a low-carbon operational model. This means we're working to reduce our carbon emissions and that we can support New Zealand's wider efforts to meet its international obligations and significantly reduce greenhouse gas emissions.

Part of this includes New Zealand's commitment to the Paris Agreement. In December 2015, representatives from many countries met in Paris to establish a new international climate change treaty under the United Nations Framework Convention on Climate Change.

New Zealand confirmed their participation in the Paris Agreement on 4 October 2016, pledging to:

The collective effort between countries aims to limit global warming to below 2 degrees.

In 2019, both Foodstuffs South Island and Foodstuffs North Island joined the Climate Leaders Coalition. The coalition is a group of more than 100 New Zealand companies working together to tackle climate change and help New Zealand become a low emissions economy.

As part of this coalition, we're committed to:

Measuring and reporting helps us to understand our carbon footprint, and the yearly data we submit is audited by a third party to verify its accuracy.

We've also committed to aligning our carbon emission goals with the Climate Leaders Coalition 2019 Statement. This means, based on our first year of recorded data (our baseline), we have an emissions reduction target of 21% by 2025. 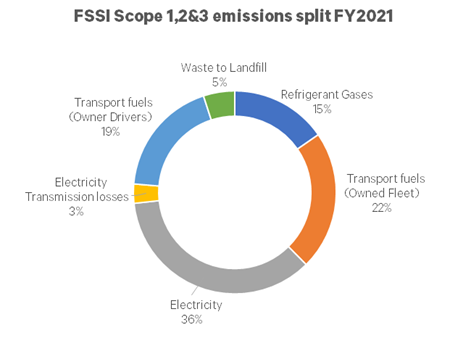 Here is a record of our emissions for our baseline year, 2021. It includes 72 sites:

Foodstuffs South Island is transitioning away from HFC refrigerants to CO2natural refrigeration in its stores. Reductions in emissions as a result of this transition was offset by the “top up” of HFC gasses still in use at some stores. Representing 10% of the total footprint, this reinforces the importance of our transition to CO2 natural refrigeration. This “top up” of gasses, plus the increase in electricity use at some stores due to COVID-19 customer demand accounts for the slight 2.1% increase from our 2020 baseline (32,622 tonnes CO2-e).

What we're doing to reduce emissions

Here are some of the initiatives we have underway to reduce our carbon emissions.

To reduce our store-based emissions, we're transitioning all supermarkets over to natural refrigeration systems.

In 2012, Foodstuffs became the first company in the southern hemisphere to trial CO2-based refrigeration in preference to synthetic gas. Synthetic gas refrigeration is very damaging to the atmosphere and is a significant contributor to global warming. Since 2014, all new supermarkets and major store refits have had CO2 refrigeration systems fitted. This action, together with a range of energy efficiency measures, has resulted in a 45% decrease in the overall carbon footprint for new and refurbished stores.

We're exploring ways to move food and grocery products with fewer vehicles and less trips, but we're also looking at the vehicles we use and how they're powered.

We received funding from the Energy Efficiency and Conservation Authority (EECA) in 2020 to support the introduction of electric trucks to our Supply Chain fleet.

We also partnered with them to build New Zealand’s first electric-powered refrigerated truck. From the tailgate to the engine, to the fridge-freezer unit that sits on top – everything in and on the vehicle is powered by one of the cleanest fuels on the planet! This truck project is an extension of our electric van rollout to stores back in 2016, when 29 PAK’nSAVE, New World, and Four Square stores received Nissan electric vans as part of another EECA part-funded project. It was the biggest commercial EV (electric vehicle) fleet at the time in New Zealand.

Charging your vehicle while you shop

We also want to support our shoppers that use electric vehicles. So, an important part of our commitment to electric transport has been to give customers the opportunity to charge up while they shop. 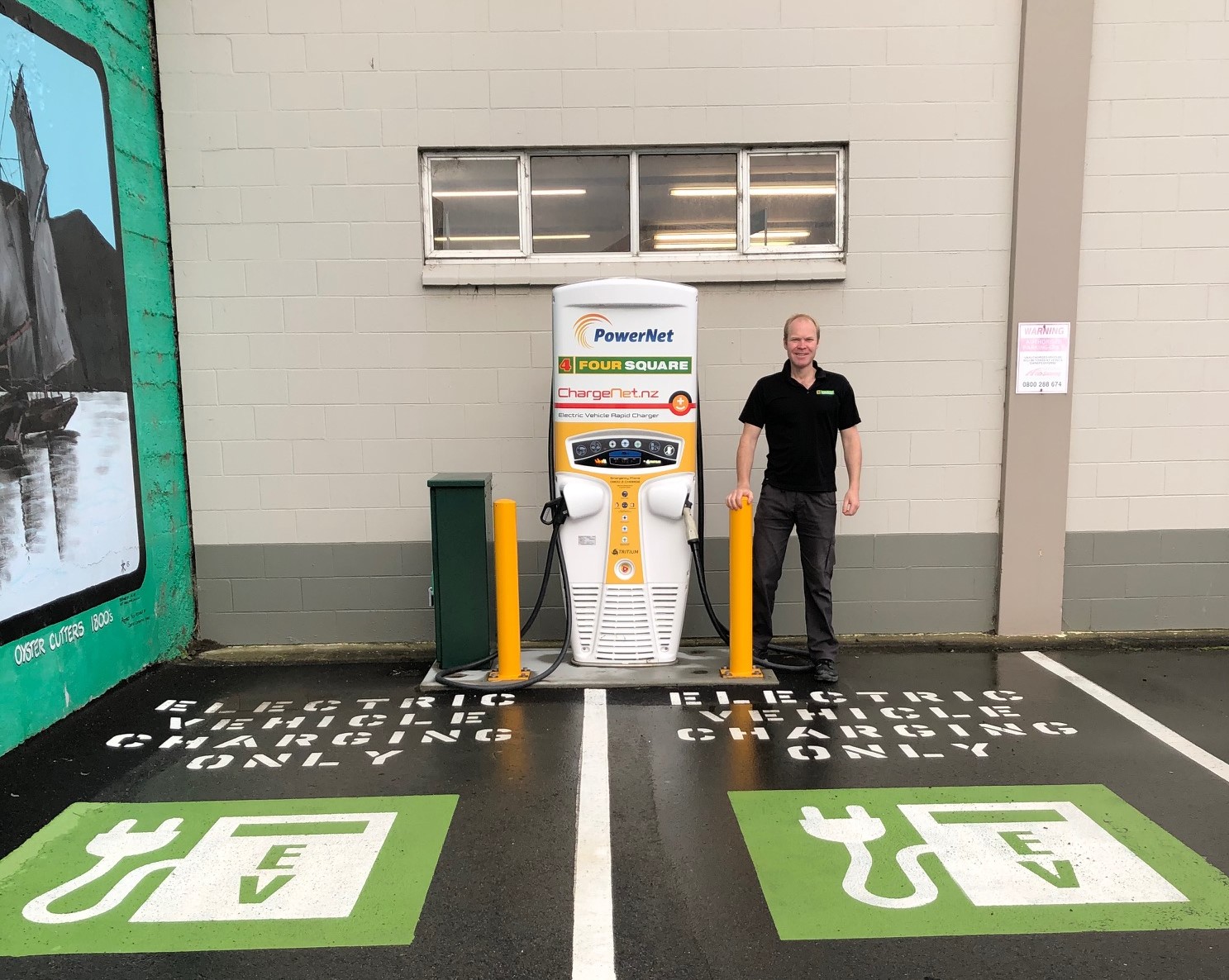 Working with ChargenetNZ and the EECA, we've: installed

93 EV fast chargers at stores around the country, and

Foodstuffs customers with EVs have charged up and driven 1 million kms – saving 2,300 tonnes of carbon from being emitted into the atmosphere.

We like to go big! We've installed the largest rooftop solar array ever seen in NZ (a solar array is a collection of solar panels). You'll find it on our new Landing Drive Distribution and Support Centre, near Auckland Airport.

It's not easy building the equivalent of 14 netball courts of solar panels on a roof. Watch the experts talk about some of the technical challenges as the first panel is laid.

All new and refurbished stores now have energy efficiency built-in with:

Did you know? Our stores built in 2019 and after, have a 50% lower operational carbon footprint than those built a decade earlier. They are arguably the lowest carbon-emitting stores in the world as a result of natural refrigeration and New Zealand's access to renewable energy.  We think that's an outstanding achievement and we look forward to building on it.

We're determined to ensure the products our customers enjoy are sourced responsibly and ethically.

We've been on a journey to minimise our waste and reduce the amount of food going to landfill.